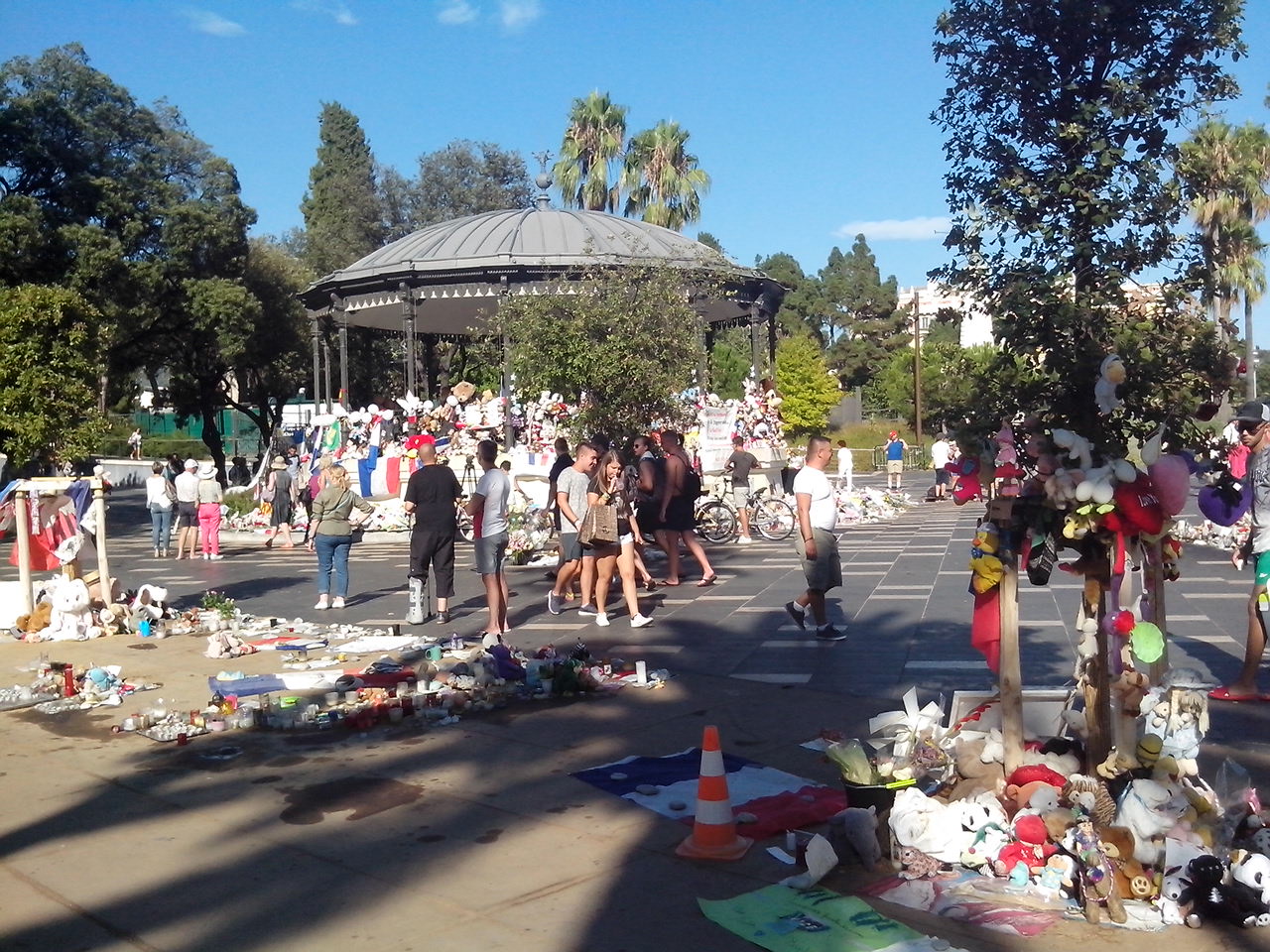 In the evening, on July the 14th, 2016, more than 40,000 people were gathered on the Promenade des Anglais to enjoy the Prom party concerts and the fireworks of the National day.

A 19 tons truck, driven by an islamic terrorist arrived on the Promenade from the Avenue de Fabron, coming from the urban highway (voie rapide). It was exactly 10:32'32" p.m. according to the anti terrorist police report, based on the cameras recordings.

The road was not closed to traffic there. The part reserved for pedestrians started at the Boulevard Gambetta, and went as far as the Albert the 1st garden. The traffic was slow, though, because of the closing ahead and the diversion.

At the level of the Lenval Hospital, the terrorist turned his lights off and went on the sidewalk to kill as many people as possible. Many victims, with the noise of the traffic on the road didn't even see it come.

10:34'28" p.m. A national police car started chasing the truck on the sidewalk because the traffic was jammed on the road. It was delayed and then blocked by the victims left by the truck behind it and other people fleeing.

In front of the Negresco Hotel, a pergola prevented the truck to go on on the sidewalk and it rode back on the road, closed to all traffic for the party and where a huge and dense crowd wandered.

It kept running over as many people, women, children, men, old people as possible.

10:35'46"p.m. The truck stopped because of an error of the terrorist. The policemen arrived 43 seconds later and opened fire. The shooting lasted 1'15" and stopped at 10.37'44" when the terrorist was shot dead.

In a few minutes, he had killed 84 people and wounded more than 300 others.

Two more victims died within a few weeks in the emergency service of the hospital, raising the death toll to 86. Among the wounded people, many will never walk again normally. Families have been completely annihilated, parents killed in front of their children. 14 children lost their lives in the attack. 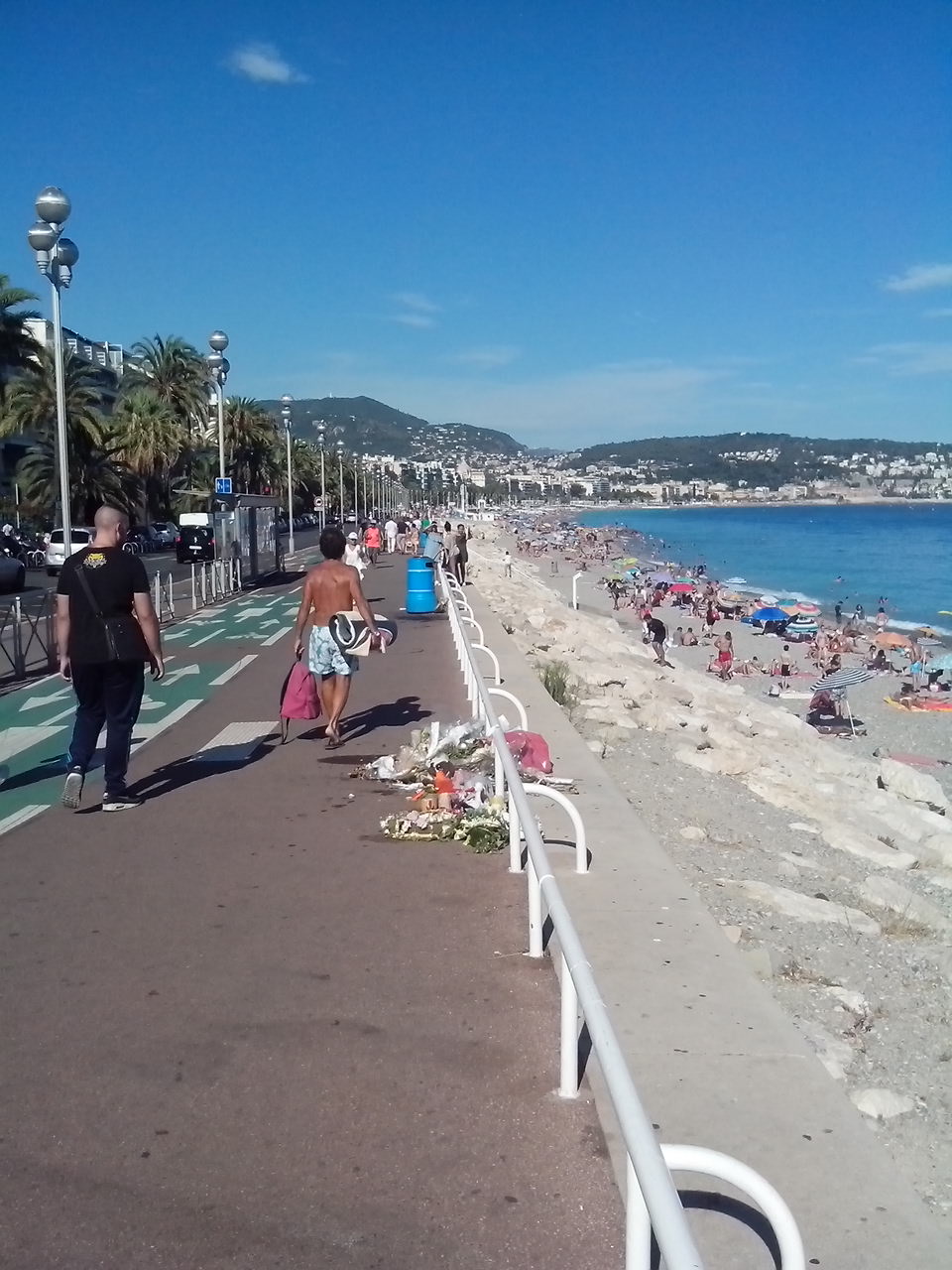 Here fell some of the first victims of the truck. The next ones were near the blue trash can. The last ones, 2 km further.

First, all tributes to victims were payed in the Albert 1er garden (picture above), before a hidden monument was erected to commemorate this tragedy, in the garden of the Massena museum.